In our last section we passed through three different and distinct regions.  The cycling wasn’t so hard and the views were gorgeous.  The culture here almost has us feeling sophisticated!

Ruta 40 deposited us in Mendoza, Argentina.  A pretty city with lots of green space and bicycle friendly streets … 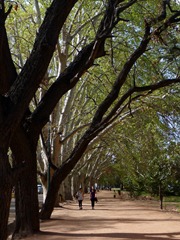 … but most tourists come here to sample the famous Malbec wine and Argentinian meat.  Mendoza is the winemaking capital of Argentina with around 1500 wineries exporting the famous Malbec all over the world.  How could we not take a short siesta to enjoy the wine and food for which this area is known? 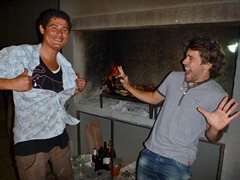 Enjoying our first real Argentinian asado (barbecue) at the hostel courtesy of this guy, “Mr Meat”.  Here he shows a friend his “asado shirt”. 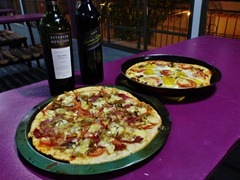 Another great meal of homemade pizzas! 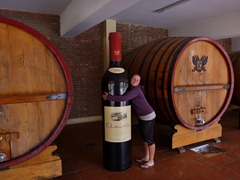 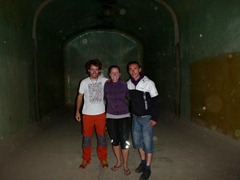 On a tour of wineries in Maipu.  Jenn with two new friends inside a tank for aging wine! 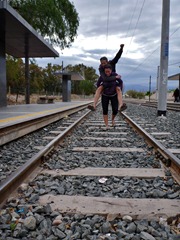 We had to find our own way back to Mendoza after the train stopped running early this day.

One of the wonderful things about travelling by bicycle is the special treatment you sometimes receive.  We arrived late in the afternoon at one winery for a tasting.  Not wanting to turn us away, they opened four bottles of wine for us to try. Several hours later, after lots of wine, a personal tour of the cellar, and good conversation, they gave us the rest of two of the bottles we had opened including a bottle of their reserve Malbec (the best wine they make).  They even would have given us the other two if we could have carried them and had access to a fridge!  (Unfortunately our campsite that night turned out to be closed, so we had to enjoy one of the better bottles of wine of our lives while camped in the town park.) 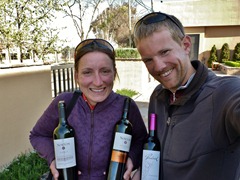 Outside of our new favourite winery, Norton.  Run like you stole something! 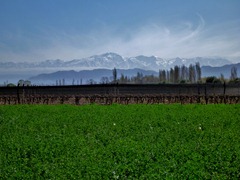 Lush valleys alongside the Andes.

Between Mendoza and Chile the road took us through Uspallata Pass.  It’s home to the highest mountain outside of Asia and was the set of Brad Pitt’s hit film Seven Years in Tibet. 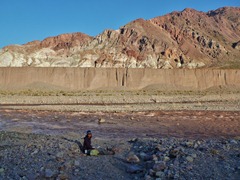 Enjoying the last bottle of our Norton loot with cheese, olives, and salami at our campsite near Uspallata.  Wild camping never has been so classy. 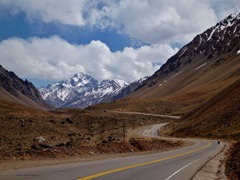 Riding towards higher and higher mountains and the Chilean border. 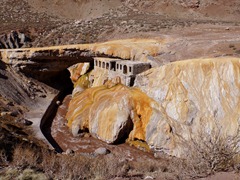 Puente del los Incas is an incredible, natural bridge over the Rio Mendoza.  The building is the ruins of an old hot spring complex. 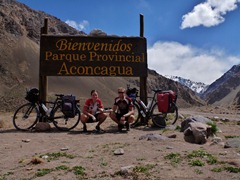 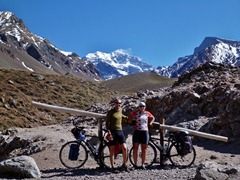 Cerro Aconcagua is the highest peak outside of Asia at 6962m.  Us with the famous (infamous?) South Face. 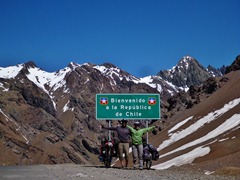 After the pass into Chile it was down, down, down to the coast and the city of Valparaiso.  Chile’s cultural capital is filled with street art on steep streets. 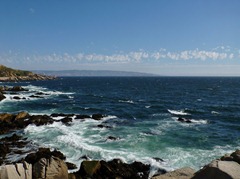 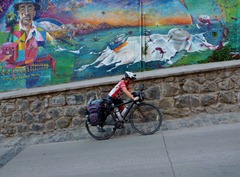 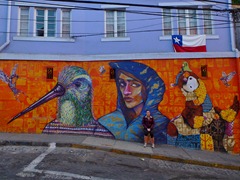 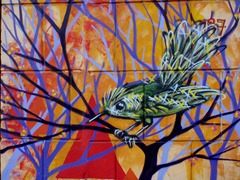 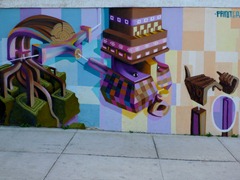 Some of our favourite murals. 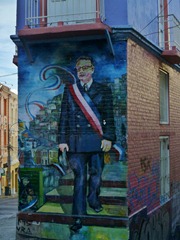 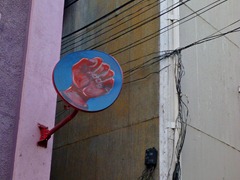 … and a reminder never to forget. 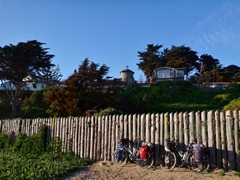 Another special treatment moment camped on the beach in front of Pablo Neruda’s house (now a museum) in Isla Negra.  Pablo Neruda was a nobel prize winning author, but to Chileans is simply known as “The Poet” (our favourite poem, and translated).

From here we make our way South in Chile towards the Chilean and Argentinian Lake Regions.  Wish us tailwinds!