Screamed the banner headline of the Seattle Post-Intelligencer on July 17, 1897. This was after the S.S. Portland had arrived from St. Michael, Alaska, carrying 68 prospectors and what newspapers said was "a ton of gold."  Two days earlier a similarly laden ship had arrived in San Francisco from Alaska.  As newspapers spread the word that a great quantity of gold had been found along the Klondike River, a tributary of the Yukon, thousands of prospectors, in the midst of a depression, began to flock North to seek their fortune...  And so started the Klondike gold rush...

We boarded the Oosterdam in Vancouver on June 21, not knowing what lay ahead of us in this upcoming adventure. 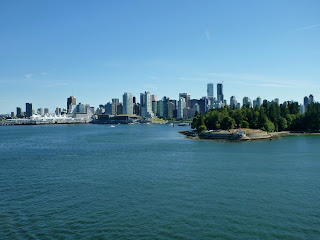 After an entire day at sea, the first port of call was Ketchikan, known as Alaska's "first city". 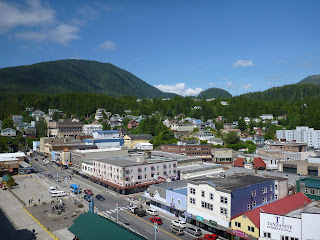 Although a stopping point for stampeders on their way up to the gold rush, Ketchikan's main industry has always been salmon fishing.

Then it was on to Juneau.  Although it is not possible to leave Juneau by road, it is the seat of Alaska's government.  That and tourism are the main industries here, and as far as tourism goes it's got a few things going for it. 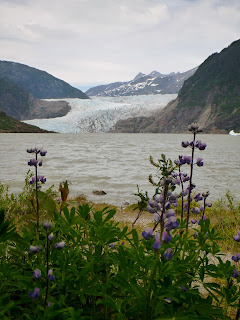 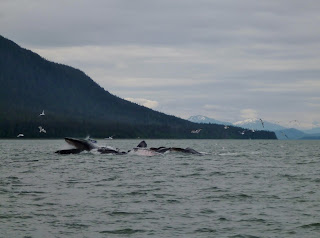 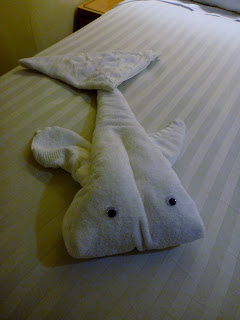 The "whale" we found in our room that night. 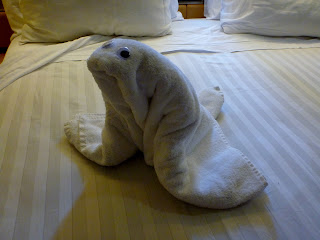 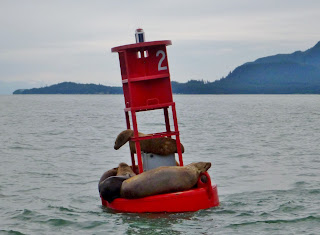 There's plenty of sea lions around too.

Our next stop was the "Gateway to the Klondike": Skagway, Alaska. 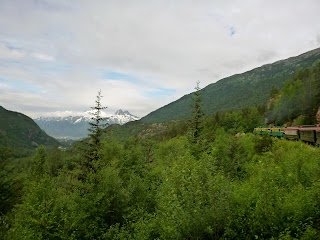 What would have been a harrowing journey over the White Pass trail for the 19th century stampeders, was for us, a roughly one hour beautiful journey by train.

The most common route taken by the stampeders to reach the gold fields was by boat from the west coast of the continental U.S. to Skagway in Alaska.  Then overland via Chilkoot or White Pass to the Yukon River at Whitehorse and then by boat 500 miles to Dawson City.

The Chilkoot Pass trail was steep and hazardous. Rising 1,000 feet in the last ½ mile, it was known as the "golden staircase": 1,500 steps carved out of snow and ice worked their way to the top of the pass. Too steep for packhorses, stampeders had to "cache" their goods, moving their equipment piecemeal up the mountain.

Conditions on the White Pass trail were even more horrendous. Steep, narrow and slick, over 3,000 pack animals died on the trail causing it to be dubbed the "dead horse trail". 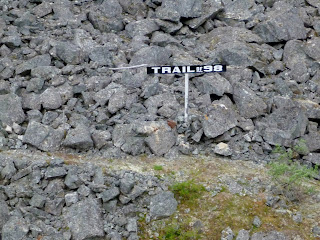 Remnants of the trail from 1898 can still be seen along the train route.

Skagway would be our last port before our final destination of Anchorage.  That didn't mean the journey was over though.  Our favourite part of the adventure was the day we spent on the ship in Glacier Bay.  We saw all kinds of wildlife including: humpbacks, orcas, sea otters and puffins, but the real attraction was the glaciers. 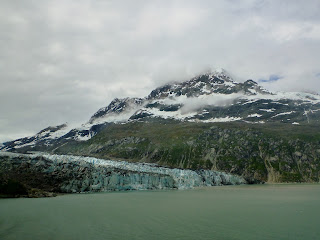 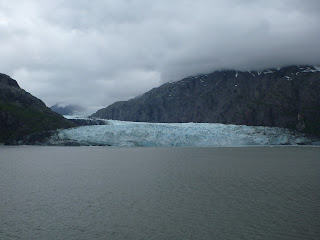 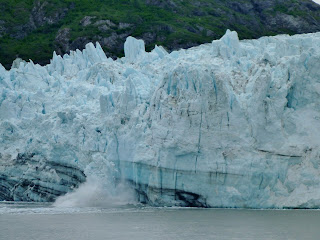 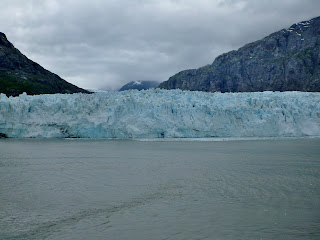 For the last two nights we've stayed at the lovely Shane and Dave's house in Anchorage, but today it's time to hit the trail and move on.

I can't wait to see what the overland journey has in store for us.
Publicado por Jennifer Brayden en 10:56 AM