Rollin’ into the Big Easy

After almost 100 days on the road we’ve reached our final destination in the United States… New Orleans! We’re taking it easy in the “Big Easy”, preparing for our journey to Mexico.

For the last week we have been cruising through the thickets and marshes of East Texas and Louisiana. We’ve been revelling in flat but windy riding and Cajun food. 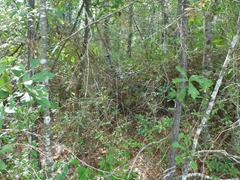 Looking into Texas’ “Big Thicket National Preserve”. This dense bush used to be a popular hiding place for criminals and outlaws. 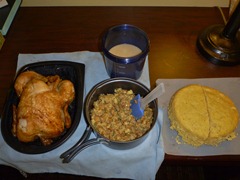 Our campstove skills were put to the test for our own Thanksgiving dinner in Navasota, TX. It consisted of rotisserie chicken, stovetop stuffing, cornbread from scratch, gravy, and brownies for dessert. 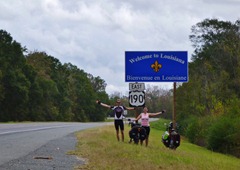 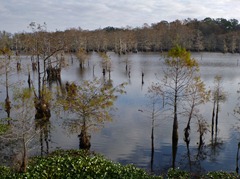 Crossing the Mississippi River on the Audubon Bridge 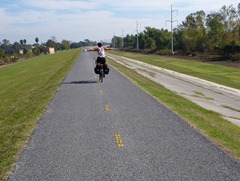 On this leg of the trip we’ve met many more wonderful hosts through warmshowers. We got the chance to have a proper (American) Thanksgiving dinner with Sid and Deb in Kirbyville, had a wonderful tour of Baton Rouge with Mark, and learned about Louisiana in Norco with Judith. Right now we are staying in New Orleans with Will. 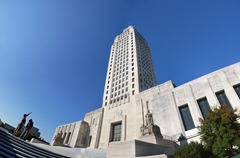 “Operator won’t you put me on through, I gotta send my love down to”… Mark showing Jenn the Louisiana State Capitol in Baton Rouge. Stitched from 6 photos.

The Capitol Building definitely has the best view in Baton Rouge. Looking out over the Mississippi River towards New Orleans. 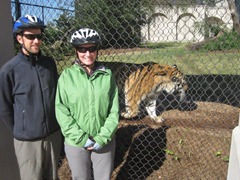 The Cajun food so far has been spectacular! We’ve been feasting on jambalaya, boudin, po’ boys, gumbo, fried catfish, fresh oysters, okra, all kinds of shrimp, and even alligator (it tastes like chicken!) … the list goes on and on. A po’ boy is New Orleans’ famous sandwich, usually meat or seafood on french bread. It got its quirky name during a four month railroad strike, in which local restaurants supported the striking workers by feeding them. The restaurants employees referred to the strikers as “poor boys”, which was shortened to “po’ boys'” in Louisiana fashion. 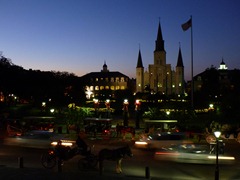 Evening in the French Quarter.

New Orleans (or N’Awlins as the locals call it) is a spectacular city. Everywhere you go, you are surrounded by great music. There are so many bands playing that you can wander the streets from bar to bar, beer in hand, listening to great music for hours. 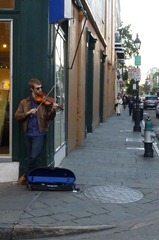 New Orleans is also home to the best buskers we’ve ever heard.

Our next stop is Cancun, where our ride will continue into Central America. Right now we are prepping our bikes for the transition to rougher roads and picking up some spare parts and supplies. Hasta Luego!

Email ThisBlogThis!Share to TwitterShare to FacebookShare to Pinterest
Etiquetas: South, Texas to Louisiana, US